Because many human infectious diseases have other host species or free-living stages, their dynamics are shaped by the natural environment. We develop models for understanding the dynamics of infectious diseases, with a particular focus on integrating health systems with environmental interventions  for disease control.  Our projects include models of specific disease systems, such as Buruli ulcer (Andres Garchitorena), malaria (Calistus Ngonghala), and Zika virus (Murdock, Brindley, Mordecai).  In addition, we have recently begun building the following broader integrated research platforms: 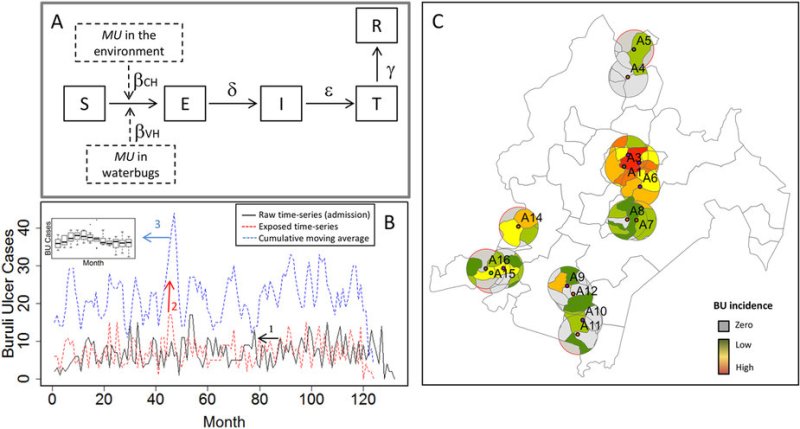 Example, led by Andres Garchitorena, of how data and modeling are combined to generate new insights into causes of disease.  Our temporal and spatial models found that human Buruli ulcer in Akonolinga (Cameroon) are likely transmitted directly from the environment, not by water bugs, which has a been the leading alternative hypothesis.   (Garchitorena, et al 2015).

More of Our Work in Action in Ecology of Poverty

Science Daily: Study finds use of bed nets by 75% of population could eradicate malaria.